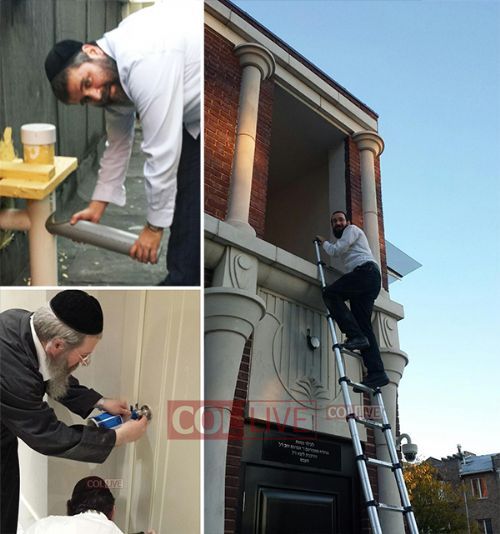 The newly-built Mikvah Mei Chaya Mushka in Crown Heights has opened its pipes to begin collecting the anticipated rain water.

On Shemini Atzeres, they prayed for rain. Now they are ready for it.

The newly-built Mikvah Mei Chaya Mushka in Crown Heights has opened their pipes to begins collecting enough rain water required for immersion according to halacha.

Mikvah experts Rabbi Yirmiyahu Katz and Rabbi Shaya Shagalow were on-hand to oversee the opening on Lefferts and Troy Avenues on Monday, 29 Tishrei.

“It is especially significant that this week is Parshas Noach, and we are still in the month of Tishrei, which contains the yartzeit of Rebbetzin Chana on Vov Tishrei,” he said.

The Mikvah will open for use as soon as the Mikvahs are all filled, Pinson said. The Mikvah was dedicated in June at a grand opening dedication and ribbon cutting ceremony attended by prominent Rabbis, philanthropists and hundreds of community members.

No expense was spared in building what Pinson says is “the most beautiful Mikvah in the world.”

From the halachic aspect as well, no expense was spared, with two Mikvah wells being built in the most mehudar fashion, with the guidance of Rabbi Elozor Raichik and Rabbi Katz.

All the Crown Heights Rabbonim – including Rabbi Avrohom Osdoba, Rabbi Yaacov Schwei and Rabbi Yosef Braun – have given their hechsher as well.

To take part in this incredible Mitzvah, click here to donate.